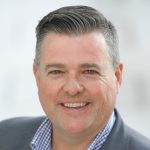 3 years ago The North elected me to be their Councillor. I promised to be a Strong and Authentic Voice, Fight for a Fair Share for Corio, Norlane, North Shore, Lara, Anakie and the Rural North and try to get Geelong Council to care for more than just the CBD. I am passionate about the North, my community where I was born, educated and continue to live in.

If re-elected I will continue to fight for: jobs; lower rates; better services; appropriate development; our environment and safety in our community. Support: $1 billion Barwon Jail expansion and future 650 jobs; $1.7 million towards Geelong Emergency Food Centre in Norlane; Lara Sports Precinct Master Plan; Upgrades to netball and cricket at Shell Reserve and Windsor Park and advocate for Northern ARC and Lara Basketball Stadium. I have formed a strong united voice with Kylie Grzybek on Geelong Council and ask you to: Vote#1Aitken and Vote#2Grzybek. Email:[email protected] Phone:0417528810

View all interviews with Anthony Aitken