Quota: 2,208 votes required to be elected, subject to change based on voter turnout, informal votes and changes to the roll 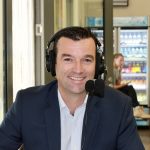 View all interviews with Owen Sharkey

12 candidates ran for Golden Plains in 2016. With seven vacancies, candidates only needed to get around 12.5% of the vote to be elected. The quota in 2016 was 1,637 votes. The results were reasonably close in this election.

The two front-runners were Joane Gilbert and Owen Sharkey who achieved quotas in their own right and were elected immediately. From there, seven candidates had at least 0.5 quotas and were in contention for the final five positions.

Helena Kirby received around 55% of the surplus ballot papers of Joanne Gilbert. She also received 36% of the preferences of Marlene Ryan and reasonable number of preferences from Cameron Steele allowing her to be elected into 3rd position, overtaking Bill McArthur and Des Phelan.

David Evans was next to be elected despite finishing 6th in the primary vote. This was largely thanks to him receiving nearly 40% of the preferences of Peter Golub-Krusic.

At this point, two candidates remained in the count for the final spot In the 23rd count Les Rowe was declared the winner over Bill McArthur with only 20 votes separating the two.

Bill McAthur would be considered unlucky to miss out after finishing 4th in the primary vote with 0.8 quotas.

This result again demonstrates the importance of preferences and the importance for voters to think carefully about how they rank the candidates on their ballot paper with such a close finish.

The graph shows the primary vote for each candidate, what order they were elected in, the number of quotas they received and the percentage of the vote. In a contest with seven vacancies, one quota is approximately 13% of the vote. 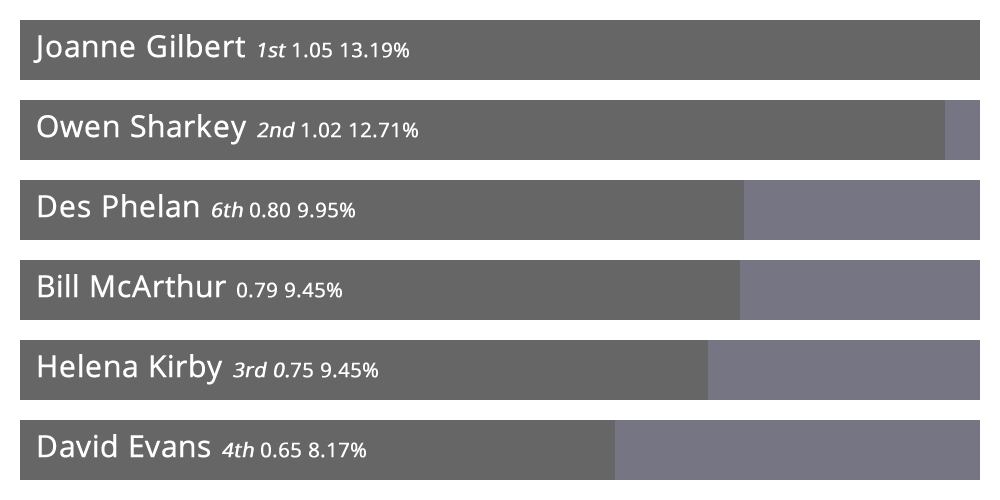 Les Rowe and Nathan Hansford finished in 7th and 8th position in the primary vote and were elected into 7th and 5th position respectively.