Quota: 14,092 votes required to be elected, subject to change based on voter turnout, informal votes and changes to the roll 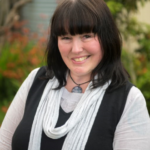 View all interviews with Naomi Adams 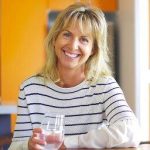 View all interviews with Stephanie Asher 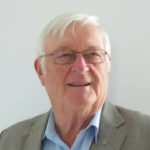 View all interviews with Jim Mason

View all interviews with Tom O'Connor 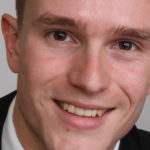 View all interviews with Trent Sullivan 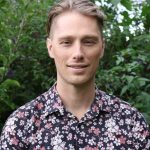 View all interviews with Cory Wolverton

Stephanie Asher was a long way ahead of all other candidates in Bellarine Ward in 2017, receiving more than double the primary votes of any other candidate. She was the only candidate to get a quota in their own right in the 2017 Geelong elections, meaning that she was elected without any preferences.

This meant that the final two vacancies were more complicated and highly dependent on preference flows to decide the outcome.

Anne Brackley finished second in the primary vote, but missed out on being elected by 1,264 votes in the end.

Stephanie Asher was elected in the first count, but Jim Mason and Trent Sullivan were not elected until the very end in the 24th count.

Jim Mason benefited from a strong flow of preferences from Lindsay Ellis.

The election of Trent Sullivan appeared to be helped by a high position on the ballot paper. Sullivan was in 3rd position and received strong preferences from the Animal Justice Party candidate Naomi Adams who was in first position.

This election shows the importance of preferences in this system.

In this election, Greens candidate Stephen McGain was forced to retire due to being employed by the City of Greater Geelong as a lifeguard. Figures received from scrutineers at the 2017 count indicated that The Greens received around 7% of the primary vote.

The graph shows the primary vote for each candidate, what order they were elected in, the number of quotas they received and the percentage of the vote. In a contest with three vacancies, one quota is approximately 25% of the vote. 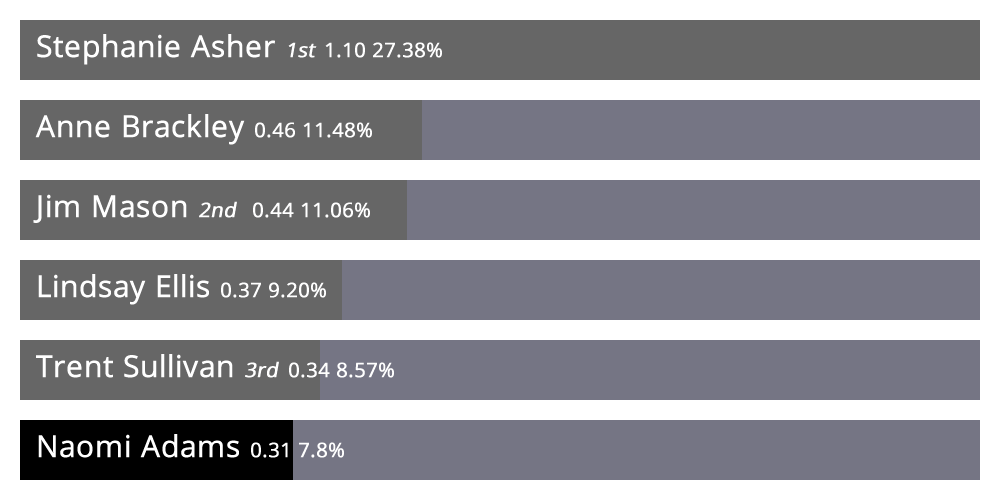 How Each Successful Candidate Was Elected

These graphs show the key preferences that went to the successful candidates from other candidates. 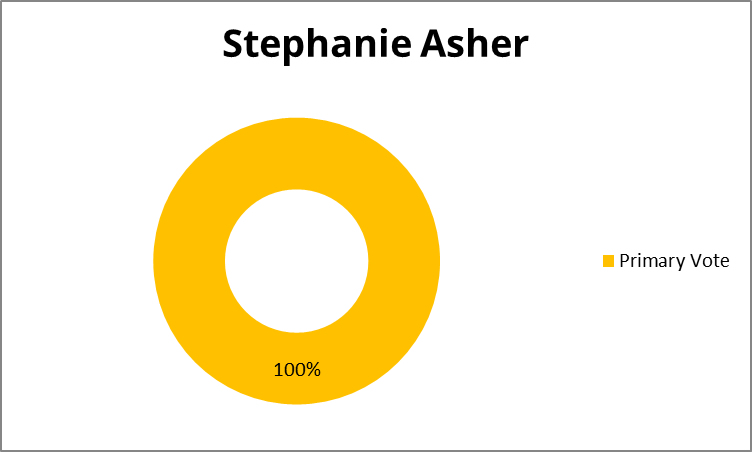 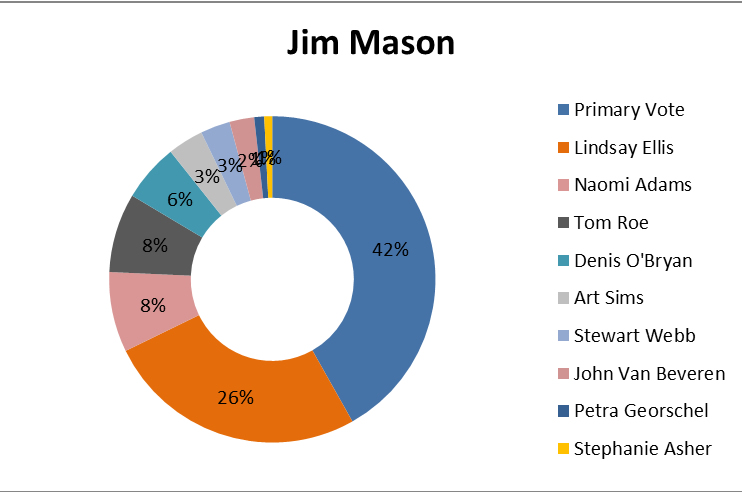 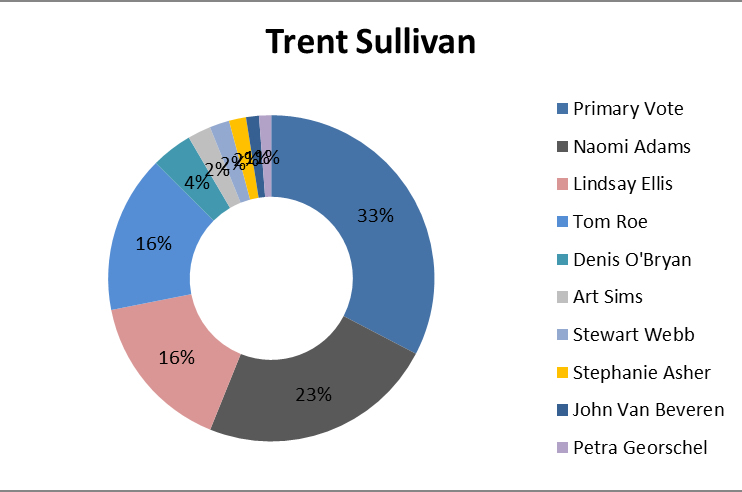 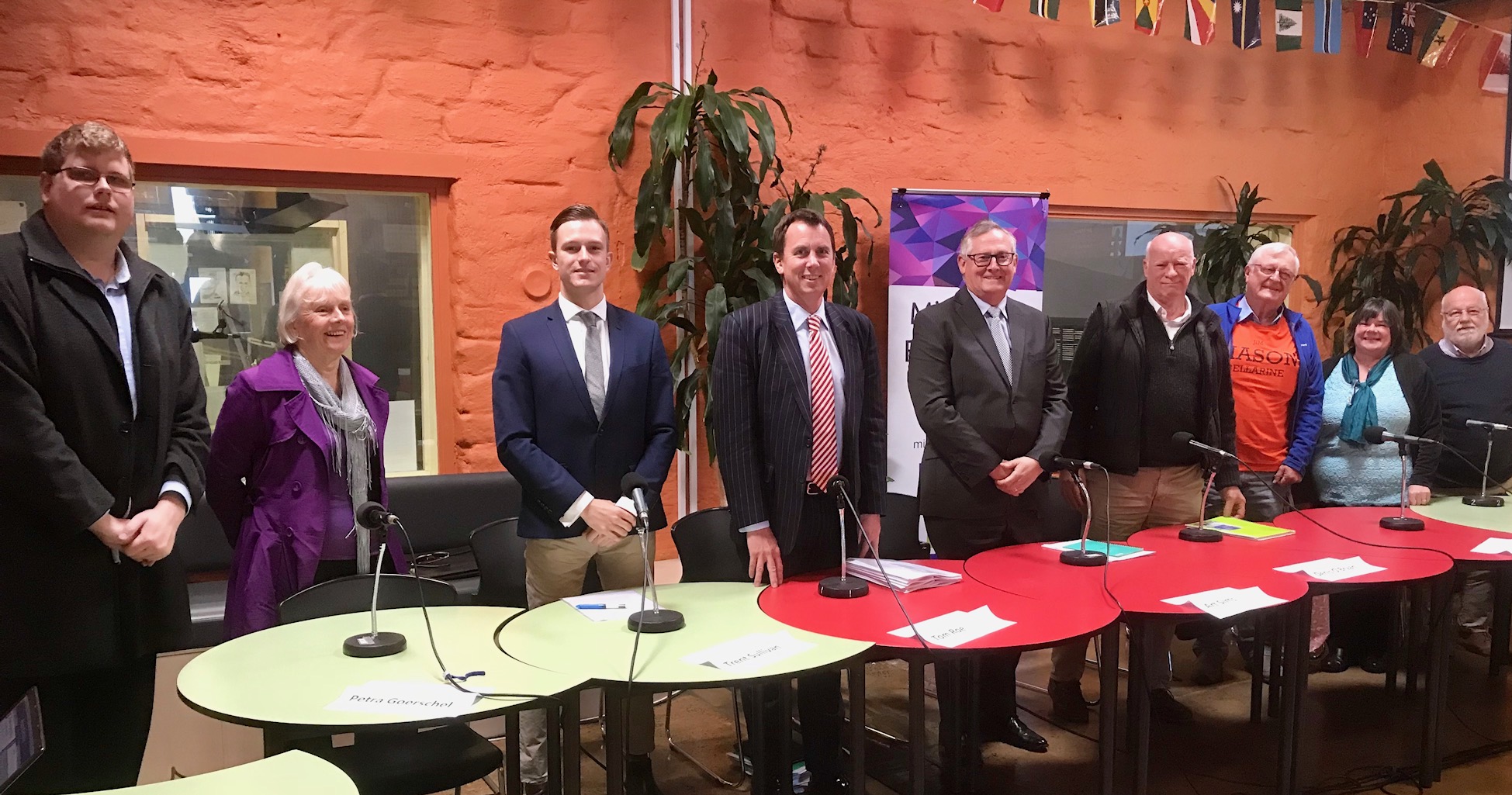